Living Life One Step at a Time 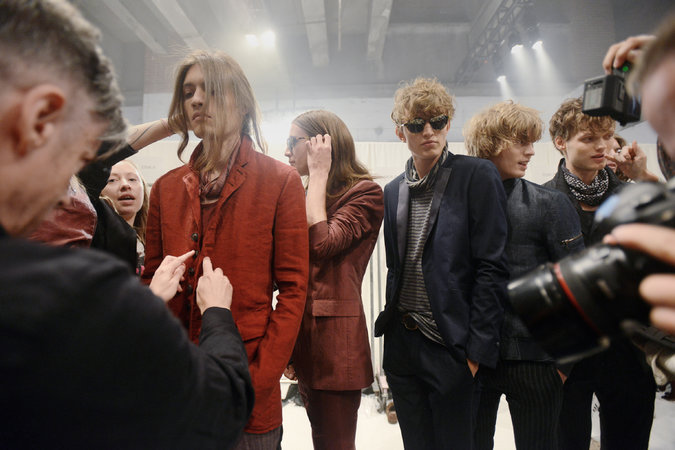 I’m super pumped up with writing about the first ever: New York Men’s Fashion Week. Before this, menswear designers were usually slotted into traditional women’s fashion weeks. New York Fashion Week was always seen as a woman’s fashion week. There were just many more women’s shows than men and therefore men’s shows were often seen to be obscured. But nowadays, it’s a part of the fashion industry that has been slowly increasing upwards in sales. I think it’s beautiful how the fashion industry is now making more of a conscious endeavour to focus on menswear and the growth. I thought this week was supremely iconic to mens’ fashion industry and presents the fact that this part of the industry is increasingly becoming more important. As Michael Kors mention “a 20 years old guy today is super sophisticated and a 50 years old is plugged in and youthful.” Our current society has allowed for menswear to have big ambitions. Previously, many of the menswear shows were scheduled at the same time with some other womenswear shows, therefore it was very hard for attendees to choose which to go to, with this separation it allows for buyers to have more of a chance to attend other shows.

Thom Browne presented a collection of handmade suits produced by tailors in New York. It was shown in a live exhibition that was iconically named “the officeman”. Models were creatively presented in a mirrored box while standing side by side wearing handmade suits. All of the trousers were presented in the iconic Thom Brone aesthetic in which they were fitted and reached the ankles. He aesthetically presented the beauty in the mundane life of an office worker. He states that the collection was “a celebration of confidence in uniformity.” For me, it was a beautiful blend between the retro and the futuristic. The word uniformity is often frowned upon in the fashion industry, but Thom Browne is able to take it up and create a twist to celebrate the beauty in the mundane. The message: “solidarity and unity, especially in these times that, you know, when you are lined up side by side, no one is better or worse than the person standing next to them.”

I have always been a fan of Alexandre Plokhov’s work and was truly surprised and glad that he had returned to the runway after a hiatus. Unlike his previous works, this time Plokhov amazed us with the use of colours!  He stated that the novel The Monogoliad  was the inspiration for his coloured looks. He structured his shows with different groups of colour. The presentation was very strong and bold, filled with strong craftsmanships of shorts and pants to present a textured look while using one tone. It’s minimalistic with trendy staples.

As Hilfiger shows again, slim fit is still very in. Casual free and simple, Hilfiger presents an impressive range of summer clothes, building from colour, stripes and denim. It was inspired by a “glamorous island-hopping holiday in the 1950s – when making a journey stylish was just as important as the destination itself.” He goes from the clean crisp white to beautiful bold colours.